In 2015 we had nearly 100 thousand Euro donation collected in order to start the S.U.N. project, and the festival was held as a private meeting of members.

We changed this in 2016 and from early summer we were selling festivals tickets, from which we received much less than expected, totaling about 25 thousand Euro.

In addition, ticket revenue is combined with a VAT payment obligation.

From the memberships and donations in 2016 we received another 70 thousand Euro, so we could manage our finances from a total of almost 100 thousand Euro – unfortunately, even this with a deficit.

In the year 2017 the local community and the SUN members were more involved, and we planned and managed everything much more cautiously. The majority of the performers came for free, there were even ones who did not ask their travel expenses either. Good friends came to help as volunteers, artists offered their beautiful creations.

This good energy made it possible that although this was the worst festival on the revenue side, we could still manage to end the year with no financial loss and in good mood, and the festival area were developed or at least maintained.

More than 38.000 Euro arrived from ticket sales, about 16.000 Euro from memberships and donations, and with this less than 64.000 Euro the year could be closed without significant minus. Hooray!

The VAT paid on tickets was doubled compared to 2016, but this is partly good news, as it indicates an increase in ticket sales.

Local taxes remained in both years around 3 thousand Euros. These amounts remain at the local councils, and help the rural development of the area.

All taxes and fees we paid: 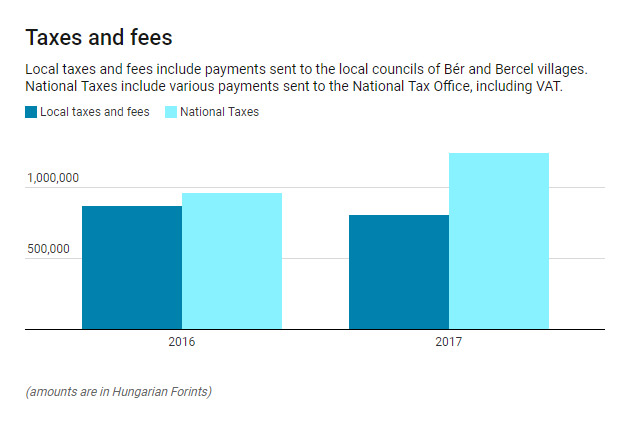 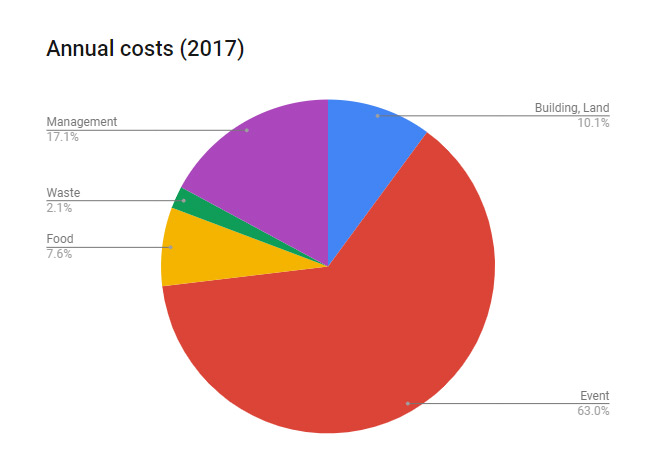